5 Thembinkosi Lorch Achievements In Celebration Of His 27th Birthday! The Orlando Pirates attacking midfielder Thembinkosi Lorch might have failed to retain his spot and keep the fire burning as the best player in the Absa Premiership, but there is still something special about him, that persuaded the Buccaneers to hold on to his services.

Through his successful victory during the 2018/19 season walking away with the Player of The Year award, the sensational attacking midfielder proved that his position at ‘Mighty Bucs’ is unmatched.

Herewith we looking at top five achievements of the Free State-born as he celebrates his 27th birthday.

1. Thembinkosi Lorch also known as “Nyoso” by soccer fanatics, was named Best Player of the Year during the 2018/19 Absa Premiership Awards for his stellar performance.

2. Following his massive outstanding performance while playing for Maluti FC, in 2014, the Free State born was signed by Orlando Pirates in 2015, after being scouted by Screamer Tshabalala, during an encounter between Maluti FC and Jomo Cosmos.

3. He made his first PSL debut in 2016 during a game against Free State Stars, when he was playing for Chippa United on loan from Orlando Pirates, at a later stage through his outrageous play, Buccaneers recalled him in 2017 to feature for the Sea Robbers.

4. He made his professional debut for South African National Team in 2006, currently he holds 6 caps from Bafana Bafana, and has scored 4 goals. One of his remarkable goals is when he scored a winning goal against Egypt during the 2019 African Cup of Nations.

5. Popularly dubbed “Nyoso” for his ability to do spectacular moves when he holds the ball, Lorch is widely regarded by many to be one of the best midfielders in SA. Also known for his athleticism, quick reactions and outstanding passes and setpieces, the AmaPiano kings, Kabza The Small and Dj Maphorisa released a song dedicating it to Lorch as a special tribute.

The Pitch Is Our Home Says Chief's Leonardo Castro

Buckley: It's going to be difficult for players to return back to field 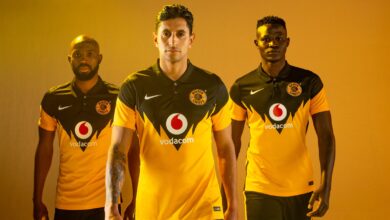 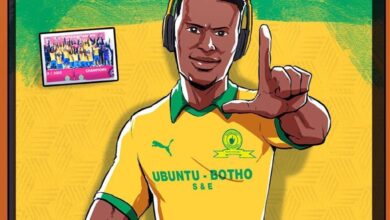