Bloemfontein Celtic CEO Khumbulani Konco will not make an objection regarding the fielding of striker Camaldine Abraw, who remains the focus of a long-running transfer scandal.
The Premier Soccer League gave Kaizer Chiefs the permission to register the player inspite of the contractual issue between Amakhosi and Siwelele. 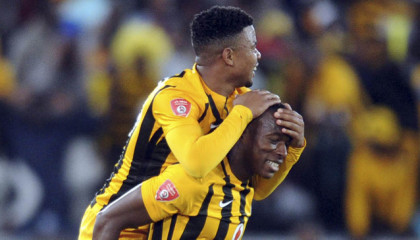 Camaldine, the former Free State Stars striker, signed with Celtic at the end of the 2014/15 Premiership campaign and then revoke on the deal to sign with the Glamour Boys.

After weeks of speculation the player made his debut for Chiefs in the 4-1 thrashing of SuperSport United at the Peter Mokaba Stadium on Saturday.
Bloemfointein celtic does not plan to fight Chiefs over fielding the player, but remain faithful in their quest to have his transfer to Chiefs null.
“Remember the case is on an appeal so it’s okay before the appeal committee and there is no problem for Chiefs using the player,” Konco told 083 sports@6 with Marawa, Metro-fm.
“I believe he has the PSL’s card and he is registered properly. However, we are not giving up on the case.”
“He is on an appeal and how can we give up on the case when it is on an appeal? So let the process take its course and there is nothing wrong on what Chiefs did.” closed Konco.