Chelsea won the UEFA Champions League trophy after defeating Manchester City on Saturday. Club captain has received some goodies in light of such an auspicious achievement.

Azpilicueta is a Brand Ambassador for Mercedes-Benz Brooklands. As a result of being a European champion, he has been gifted with a Mercedes-Benz GLE.

“Celebrating continued success with my friends at Mercedes-Benz Brooklands. I’m proud to continue to be a Brand Ambassador for @mercedesbenz_retailgroup another wonderful experience collecting my new car – Thank you!” he said on his Instagram.

In addition to his cool new car, his technical sponsor Adidas also curated exclusive gear for him. The defender was gifted with a fresh Adidas tracksuit which has 29 May 2021 (the night they won the UEFA Champions League) embroided on it.

The defender has little time to celebrate and enjoy all his cool stuff as he is part of the Spain squad that will participate in the upcoming Euro 2020 Championships. 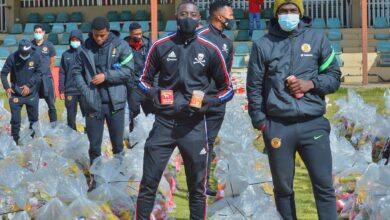