Former SAFA president Nematandani faces six-year ban. Kirsten Nematandani will face a six-year ban and will have to pay CHF 10000 fine including Jonathan Musavengana, former official of the Zimbabwe Football Association, and Banna Tchanile, former coach of the national team of Togo. 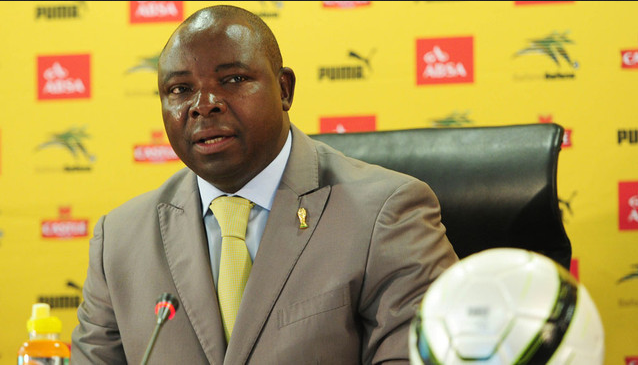 The FIFA Ethics Committee wrote a statement,and it reads:

The deputy chairman of the investigatory chamber of the independent Ethics Committee, Djimbaraye Bourngar, has concluded his investigation into the activities of Kirsten Nematandani, former President of the South African Football Association (SAFA), Jonathan Musavengana, former official of the Zimbabwe Football Association, and Banna Tchanile, former coach of the national team of Togo. As chief of investigation, Mr Bourngar submitted the respective reports, including the relevant recommendations together with the investigation files, to the adjudicatory chamber of the Ethics Committee, which is chaired by Hans-Joachim Eckert. The investigations into the three individuals were initiated in relation to their specific conduct in the organisation of several international friendly matches played in South Africa in 2010.

In his final report, the chief of investigation recommends the sanction of a ban for no less than six years and a fine of no less than CHF 10,000 for Mr Nematandani for an apparent violation of art. 13 pars 1-4 (General Rules of Conduct), art. 15 (Loyalty) and art. 18 (Duty of Disclosure, Cooperation and Reporting) of the FIFA Code of Ethics (FCE).

Furthermore, he recommends the sanction of a lifelong ban for both Mr Musavengana and Mr Tchanile for the apparent breach of art. 13 pars 1-4 and art. 21 pars 1 and 3 (Bribery and corruption) of the FCE.

Until a formal decision is taken by the adjudicatory chamber of the Ethics Committee, the accused are presumed innocent.