Gavin Hunt Aiming for All Three Points Against Golden Arrows! The new coach is still acclimatising to his surroundings in Naturena.

Kaizer Chiefs have had a poor start to the season. They sit in 11th place after losing, winning, and drawing in each of their opening three games of the season.

Gavin Hunt, speaking ahead of the game, is happy to have everyone back from the FIFA international break. 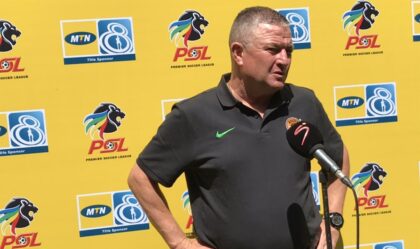 “At the moment I am glad that we have all the players back in camp,” Hunt said on the club website.

“Obviously, some of the players travelled around and will not be at their best – hopefully with one more sleep they will get some rest to be ready for the restart of the league on Saturday”

“We could not do much with the players that remained during the FIFA week,” reveals Hunt,

“With no less than seven players away, we could not work on the structure and team tactics. We played a friendly match to keep match fit, but we could not do much. 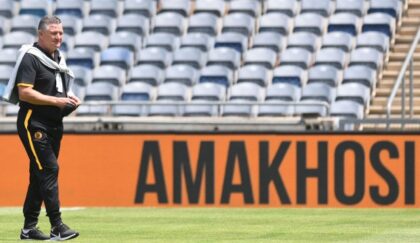 “The travelling players faced an assortment of traveling patterns. For example, Daniel Akpeyi arrived in the early hours and I had to send him back home to rest.

“The trio of Siyabonga Ngezana, Nkosingiphile Ngcobo and Njabulo Blom travelled from Saudi Arabia. While Anthony Akumu Agay and Khama Billiat also had to do some long-distance travelling.”

Hunt was congratulatory of Golden Arrows and their unbeaten start to the new season.

“Yes, they are on a good run and have not lost a match. That will boost their confidence.

“They have good players such as Knox Mutizwa and other interesting youngsters. They play with speed and enthusiasm. 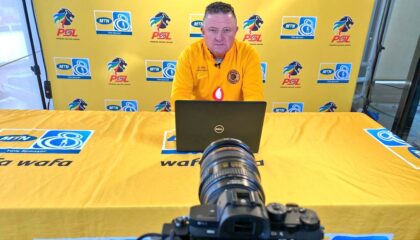 “I think they had only one player away during this FIFA week. So, they were able to do some work. They will be ready, but we will be ready too.”

Gavin Hunt also gave injury updates ahead of the game.

“Reeve Frosler who is important for us on the right is out of this one due to injury,” confirms Hunt.

“Samir Nurković and Dumisani Zuma are still out with an assortment of ailments. We will juggle around and put up a good team to do battle for us.”

Kaizer Chiefs will also miss Erick Matoho who is out for two matches due to suspension. 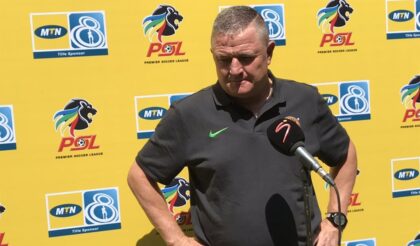 Gavin Hunt Aiming for All Three Points Against Golden Arrows!

Anele Ngcongca Dies in A Horrific Car Accident In KZN!

Manqoba Mngqithi Hopeful of All Three Points Against Orlando Pirates!