We all know how dangerous Mason Greenwood is whenever he gets anywhere near the opposition goal.

There is a sense of expectation as the teenager tries to work himself into a shooting position as we know he is capable of firing with precision and power with either foot.

The stats for the Premier League campaign so far illustrate just how effective the homegrown Red really is.

Greenwood has hit the target with 57.1 per cent of his shots this term, which is a remarkable figure for somebody who had only made one appearance in the division before 2019/20 got under way.

Indeed, it is better than anybody else in the Premier League as a whole, based on those who meet the minimum requirement (an average of .395 shots per squad game) and feature in the overall table on FBREF.com‘s website.

Not including penalties, it is a fair portrayal of just how accurate each player is in the top flight.

Chelsea full-back Emerson Palmieri is in second spot, with Leicester City marksman Jamie Vardy managing an impressive third place, considering he has had 57 shots in total (compared to Mason’s 21 and Emerson’s 13).

Anthony Martial is the next-best Red, in 13th position overall, with a record of 47.5 per cent of his 59 shots finding the target.

For the record, Odion Ighalo has a 50% accuracy rating but has only had four shots on target in his limited time in the Premier League. The Nigerian has an incredibly high rate of shots per 90 minutes since joining the club in January (an average of 10.59) and looks certain to get more chances in the season run-in.

Luke Shaw (eight shots) and Phil Jones (two) have also managed to get half of their attempts on target this term.

Reds Warm Up For Restart With West Brom Friendlies 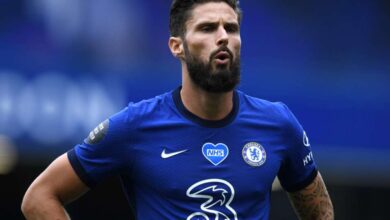 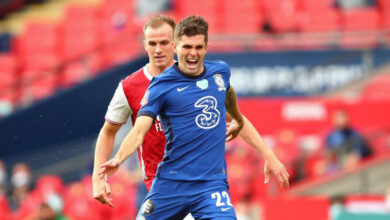