When taking time to reflect on some of the efficient finishers in the South African premier soccer league, the name Pollen Ndlanya is bound to arise. 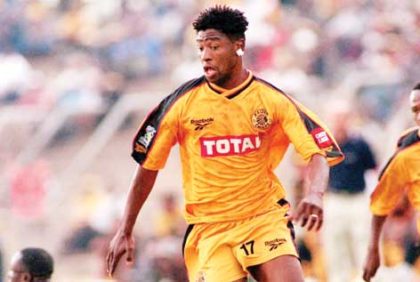 During his days at Kaizer Chiefs Ndlanya was among the most proficient goalscorer’s in Mzansi. With an ability to shield the ball away from defenders as well as finish with great proficiency Ndlanya will best be remembered for his eye for goal.

His exploits on the domestic front saw him securing a contract in Turkey where he played for a few seasons before returning home.

Andile Jali and his kid

Players to turn out for both Kaizer Chiefs & Orlando Pirates