Ronwen Williams Cannot Wait To Play Again! In these two weeks, Williams says that they have spent time together.

He says that the squad has gelled even more.

“It’s been tough in the sense that we haven’t played a competitive match in two weeks, but it gave us time to bond and gel together, we had a few outings as a team and it brought more togetherness.” He said in this week’s Ronwen Online. 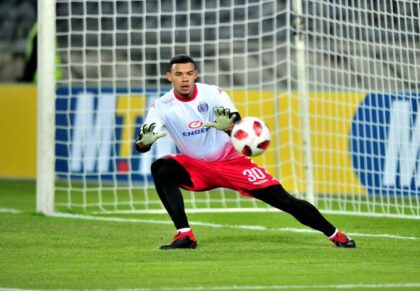 He says that the side are right on track with their targets. Especially as they have high intensity training sessions.

“We are not far off from the pack, our game in hand takes us two points off the leaders, we set ourselves goals and we are on the right track, which should be motivation for us as players.

“Aside from our team buildings, training has been intense; we are using this time to load as we have many games coming in January so there will be no time to do much then.

The spirit is high as we won our last game, but the intensity in our 11 v 11 games has been very good, we can’t wait to play competitive match again.

That’s what we about as a club, having a positive attitude at all times, we lacked that a bit in the beginning but we slowly getting it back.” Williams said. 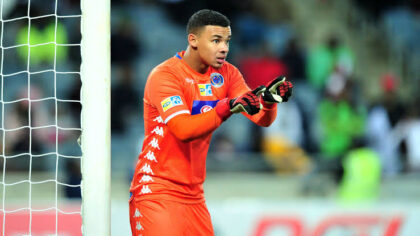 Gavin Hunt is a coach who he knows well. It is the knowledge of past tactical experiences with Hunt that he hopes his side will use.

“Coming to the next league match against Kaizer Chiefs, Coach Gavin is straight forward, you know what you get with him, he is never satisfied and I like that attitude.

“He is a winner, he is obviously in an unfortunate situation at the moment, but he is a fighter and he’ll come out stronger.” He also added.

Brandon Truter Wary Of the Curse of the Coach!