Ronwen Williams Refuses to Dwell on Past Defeats! SuperSport United take on Maritzburg United at the Harry Gwala Stadium in KZN tonight (27 November 2020).

Ronwen Williams wants his side to move on from the defeat to Orlando Pirates from the weekend.

“We really can’t dwell on the past, we have discussed last weekend’s defeat, and we have to focus on the next match.” He told the club website.

“We have discussed the goals and we have agreed that we could have done better, it’s a good wake up call, and we pride ourselves in our defending, so we’ll be better. 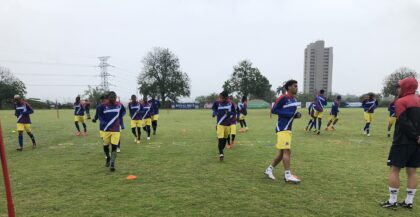 “The mood was obviously low after the match, but we got a day off and the guys came back hungry and sharper, we are all looking forward to the game.” Williams added.

SuperSport will be looking to climb up the table. They have won twice and lost twice.

“We don’t want to fall far behind; we want to stay in the mix and stay on course with our point allocation per five games.”

The injury status of many players has been cleared up. They have more starting XI options with crucial players returning to action. 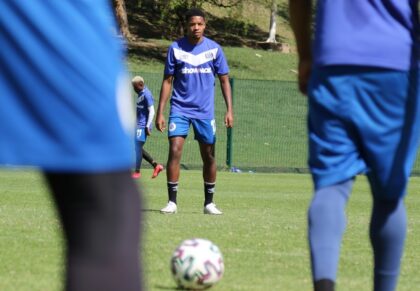 “We have got more players back in action, they came in and boosted our performance, and now it’s our time to turn those performances into points.

“The guys who came in played very well, our squad is much stronger with the return of the sole players from injury, so competition to play is much tougher and that means we all lift our performance.” Says Williams.

The club captain warns that they should be wary of coming up against a team that has nothing to lose and everything to gain.

“Coming to our next match, it’s always a tricky situation playing a wounded team, Maritzburg United have a very good home record but we don’t focus on what’s going on in their camp, we know what we need to do to win the match.

“We don’t know what’s going on in their camp, we can only focus on ourselves and apply our strategy and play to our strengths. 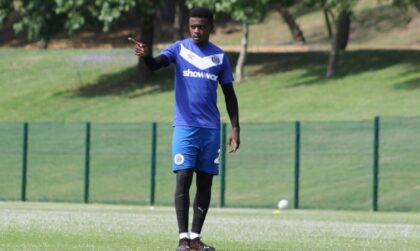 “We have an identity at United, so stick to what we believe in and continue following our game plan, which is to attack and unsettle them.”

It has been a tragic week for the football fraternity at large. The world continues to mourn the deaths of Anele Ngcongca and Diego Armando Maradona.

“On a sad note, it has been a very sad year, my condolences to our fellow brother Anele Ngcongca as well as the legend Diego Maradona, football is weakened without them. May they both R.I.P” he concluded.

Ronwen Williams Refuses to Dwell on Past Defeats!