Samir Nurkovic Says He Would Love To Play For Bafana Bafana! The Kaizer Chiefs striker revealed his desire to play for “this beautiful country”.

In an interview with SAFM, Nurkovic spoke about the possibilities of representing South Africa on the international stage. He has been in the country for 2 seasons now.

Nurkovic revealed that there were talks of him possibly playing for Bafana Bafana last season. This is when he was scoring lots of goals for his club Kaizer Chiefs.

“I would be very keen to play for Bafana Bafana,” Nurkovic told SAFM.

“There was talk last season when I was scoring a lot of goals, but it’s quiet now. I would love to play for this beautiful country.

“It’s up to them to make it happen if they want me.”

However, the chances of Nurkovic playing for South Africa are extremely slim.

Bafana Bafana does not have a history of converting foreign players into South African nationals. It is virtually impossible for Molefi Ntseki to even consider the Serbian striker.

5 Pictures In The Life Of Dan Morgan! 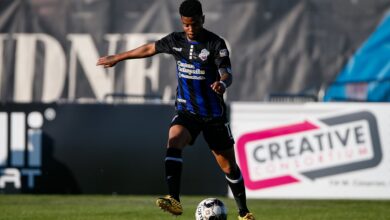