Seven Springboks who plied their trade abroad in recent years are returning to the two Gauteng Vodacom Super Rugby franchises, the Vodacom Bulls and Emirates Lions, to plough back into South African rugby.

The Vodacom Bulls and their new Director of Rugby, Jake White – who steered the Springboks to Rugby World Cup glory in 2007 – have been hard at work shoring up their playing roster, and as a result they have lured back four former Bulls-Boks – Marcel van der Merwe, Arno Botha, Duane Vermeulen and Travis Ismaiel – to Pretoria.

Joining the Bok-quartet at Loftus Versfeld will be Nizaam Carr (below) and Gio Aplon, two former DHL Stormers stalwarts, both of whom have been in superb form with their clubs in Europe and Japan.

Van der Merwe, who played for Toulon in France, earned his seven Test caps in 2014 and 2015, while Botha, who was with London Irish in England and Munster in Ireland, played in two Tests in 2013.

Ismaiel, who will return to Pretoria from Harlequins in England, made his solitary Test appearance against Wales in Washington DC in 2018, scoring a try on debut for the Boks.

Carr (five Tests between 2014 and 2016) was with Wasps in England in the last two seasons, and Aplon (below, 17 Tests between 2010 and 2012) made a massive impact with Grenoble in France and Verblitz in Japan in recent seasons. They played in a combined total of 181 Vodacom Super Rugby games for the DHL Stormers.

The most experienced of the six Springboks returning to Pretoria is Duane Vermeulen with 54 Tests, the last of which was the Rugby World Cup final in Japan in 2019, where he was named Player of the Match after a stirring performance as South Africa lifted the Webb Ellis Cup.

And the Emirates Lions have not been left behind – the Johannesburg-based franchise announced recently that Bok prop Ruan Dreyer (below) – a former Junior Springbok (2010) who played in four Tests in 2017 – will be returning to Emirates Airline Park from Gloucester, where he spent the last two seasons.

A bunch of exciting younger players have also opted to make Gauteng their new home recently, with the Vodacom Bulls again making good use of their cheque book by signing David Kriel (wing / fullback) from DHL Western Province, Jan Uys (lock) from Brive in France, and the Toyota Cheetahs lock duo of Sintu Manjezi and Walt Steenkamp.

Another former Toyota Cheetahs player who has decided to move north on the N1, is speedster Rabz Maxwane, who signed with the Emirates Lions.

At the conclusion of the 2018/19 Guinness PRO14 season, Maxwane was honoured with the SportPesa Top-Try Scorer Award after finishing the pool stages of the Northern Hemisphere competition as the top try scorer with an impressive 14 five-pointers.

Burger Odendaal, who played in the red and white jersey at Youth Week level, will be joining Maxwane in Johannesburg. The Emirates Lions announced earlier on Monday that they had signed the former Vodacom Bulls captain from their rivals north of the Jukskei River. 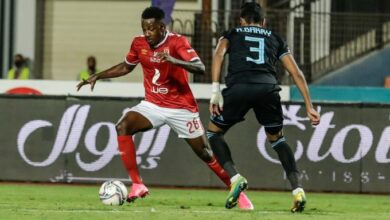