The stage is definitely for a Rugby World Cup final masterpiece where old foes South Africa and England engage this morning to lay claim to the Webb Ellis Trophy.

It is the most eagerly-anticipated international rugby match there is and only takes place every four years, with 80 minutes separating two teams from global domination.

England last made the World Cup final in 2007 and won the tournament for the only time in their history in 2003. South Africa have won the World Cup twice – their first ever victory was in 1995 against New Zealand, and the last win in 2007 against their current rivals.

England made it through to the final after seeing off New Zealand last Saturday, while South Africa claimed victory over Wales on Sunday.

It will take all of England’s powers to stop South Africa’s quest for Historic glory.

England Road to the Final (Video)

The final will be broadcast live on SABC 2 from 1100hrs. 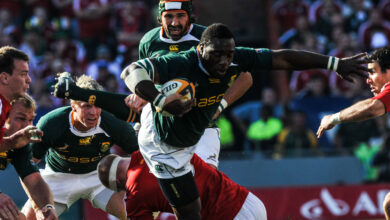