Stellenbosch F.C Sign Striker Solly Khunyedi! The former Wits striker has signed to the Western Cape outfit. Khunyedi is one of the many players to have left the now defunct Bidvest Wits.

Khunyedi spent the majority of his time with Wits in the MultiChoice Diski Challenge. The highlight of his fledgling career was a hattrick he scored in a 4-2 win over Golden Arrows in February.

Rainers helped Stellies to gain promotion in the 2018/19 Glad Africa Championship season scoring 19 goals. He also went on to score five league goals in his team’s maiden season in the 2019/20 Absa Premiership.

Khunyedi has to fill Rainers’ shoes at Stellenbosch. The 20 year old will need to quickly adjust to the attacking needs of a PSL side.

Stellenbosch will be hoping to stave off relegation once again this season. They will also hope to do well in the cup competitions.

A good run in any competition sees millions earned by the club.

Stellenbosch were excited to make the announcement yesterday.

“Pen to paper and it’s a done deal. It is with great pleasure that the club welcomes its latest acquisition in the successful signing of Solly Khunyedi,” Stelenbosch said on their social media.

Stellenbosch take on newly promoted Moroka Swallows on opening weekend in the PSL.

This fixture will take place in two weeks’ time on the 23rd of October as Stellenbosch F.C Sign Striker Solly Khunyedi! 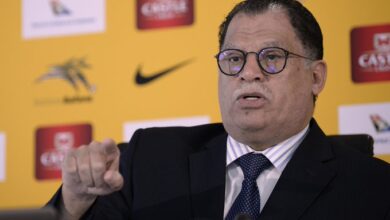