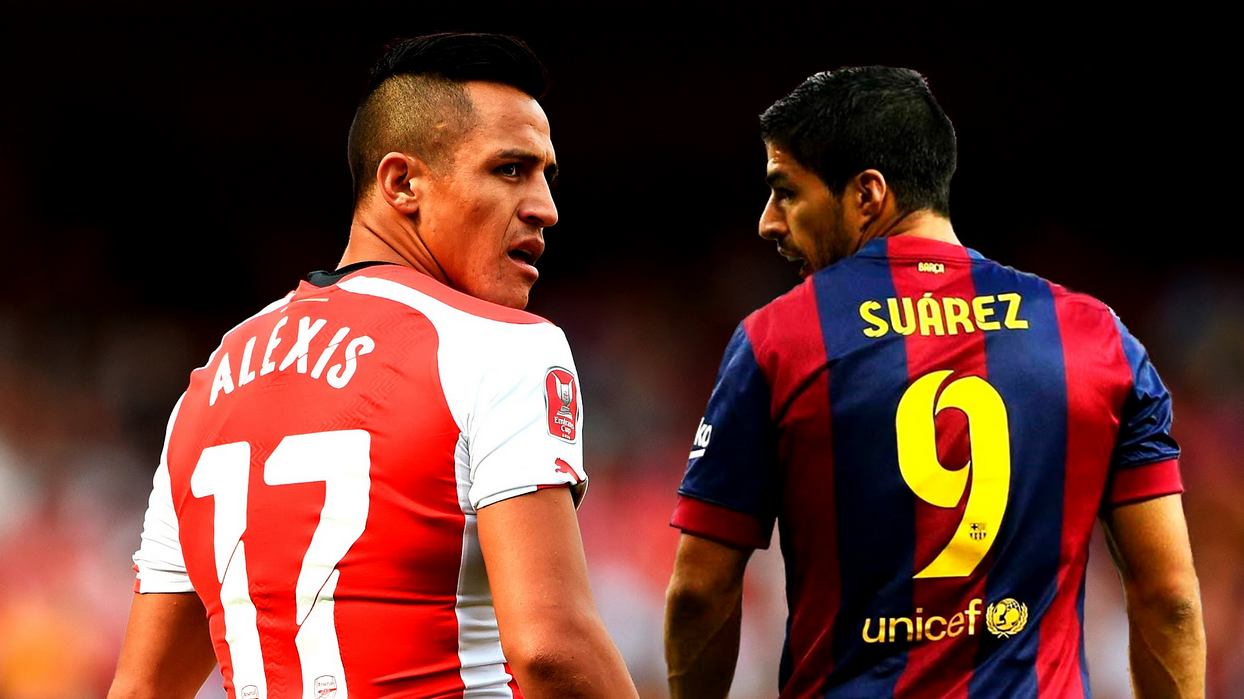 Arsenal boss Wenger said he sees some of  Luis Suarez in Alex Sanchez.

“I think it is worth it to try as he has the quality to go behind,” Wenger told Arsenal.com.

“Honestly he did not have the most convincing game [against Liverpool] – he is one of them who is not completely ready physically,” Wenger conceded.

“But on the flanks he uses a lot of energy by chasing back and I would like to use his energy sometimes a bit more efficiently by going behind the defenders as he is a good finisher. He has played centre forward at Barcelona.”

“He has similar qualities and he has a good timing to run behind the defenders,” Wenger said of Sanchez as he compared the two players.

“His run through in the first half [against Liverpool], when Monreal gave him the ball, he was just offside, by a fraction. Let’s see. It is interesting to see how well he copes there. He is technically top.”

Checkout 5 Cute Photos Of Robin Van Persie With His Wife