Often referred to as the world’s most competitive football league, the English Premier league is known for its speed, physicality and tenacity. South Africans love the English top flight, and as a nation have produced a handful of shining talents who have carried the rainbow nation’s flag high in World football’s most fiercely contested league.

Here is a list of 5 players to that have flown the South African flag in one of world football’s biggest stages:

The first entry in this list is a man who needs absolutely no introduction. Benni McCarthy is arguably one of South Africa’s most established footballers, enjoying success and goals wherever we went. He enjoyed a diverse career that took him across some of  Europe’s most exciting leagues, most notably the EPL, with his spell at Blackburn Rovers.

McCarthy was known for being able to unravel some of the best defenses, which was best exemplified by his 2006-2007 Premier League goalscoring record, seeing him net 18 times in just 24 appearances a feat only bettered by Didier Drogba who scored 2 more than McCarthy.

While sometimes being criticised for being lethargic, and even lazy on the pitch, no one can discount the fact that McCarthy is one of the most decorated South African footballers, enjoying 14 years in Europe, and even winning a Champions League title with Porto in 2004. McCarthy truly is a legend of the game, who measured up to some of the best who did it.

One of the jewels of the South African Nation, Lucas Radebe was a legendary figure for Leeds United. Nicknamed the Chief, Radebe served the Elland Road faithful for over a decade, during one of the club’s more successful spells in the English top flight.

As a long and lanky central defender, Radebe was known for his athleticism and unrivalled ability to halt some of the most venomous attacks.

Under George Graham, Radebe was given the captaincy, which inspired Leeds United to a period of success. He repaid the faith given to him by rejecting the advances of the likes of Manchester United and A.C. Milan to stay at Leeds.

Serious injuries to his knees and ankles in 2000 sidelined Radebe for two years, and unfortunately, The Chief was never again able to replicate the performances that made him unforgettable.

Regardless, Lucas Radebe will forever go down as a legend of both Leeds United and South Africa

The next entry into the list is the ever industrious Steven Pienaar. Known for his skill and work ethic, Schillo’s exploits down the left flank caused many a defender a headache and a need for a breather.

Pienaar’s time in the Premier League was mainly spent at Goodison Park, where he enjoyed a successful partnership with Toffees legend Leighton Baines down the left hand side of the pitch.

Then manager David Moyes lauded the duo’s efforts, which were characterised by an almost telepathic connection that was able to unhinge defenses.

While Pienaar completed spells at both Tottenham and Sunderland, when it came to life in the Premier League, Goodison Park truly felt like home, and it was Everton that was able to get the very best out of him.

Pienaar’s old club have been one of the surprise packages in the 20/21 premier league season, with SA betting sites giving them odds of 4.50 to finish in the top 6 and secure European football next season.

The Big Fish is the next entry into the list of South African greats to grace the English top flight. Like most South African stars, Fish began his professional career at home; with Jomo Cosmos.

While known as a hard tackling defender, Fish in fact started his career as a striker at Cosmos, but was later converted to a left back.

Mark Fish was part of the historical South African national team to win the African Cup of Nations in 1996, the first time South Africa was readmitted into the competition in 1996.

It was these performances that sparked the interests of European suitors, namely Lazio. After a season at Lazio, Fish made his move to Bolton Wanderers, where he became a cornerstone of the side’s back four.

While he received widespread praise from teammates, competitors, and fans alike, Bolton Wanderers were unfortunately relegated that very season. Fish’s performances in the lower leagues led him to receive icon status amongst Bolton supporters, who lovingly nicknamed the defender “Feesh”.

Fish went on to enjoy spells at Charlton Athletic and Ipswich Town, before suffering a devastating cruciate ligament injury. Fish rejoined Cosmos in 2007, but was unable to record a competitive game for them as he struggled to find regular fitness.

One of the more recognised players in South Africa, Quinton Fortune is the next entry into the list of South African talents to grace the Premier League. Fortune’s career, unlike some other South African stars began in Europe with Tottenham Hotspur, for a period that lasted 4 years.

Fortune then had a stint in Spain with Mallorca and then Atletico Madrid, which earned him a place in South Africa’s 1998 World Cup Squad.

Fortune started every game for Bafana Bafana, and was a key figure in the South Africa’s campaign. While Bafana weren’t able to proceed past the group stage, Fortune’s performances attracted the interests of one of the biggest clubs in world football, Manchester United. The club signed fortune in 1999.

Fortune was known for his versatility, easily being able to switch between midfield and defense without trouble. He spent seven years at United, making more than 100 appearances for the club.
These days, Fortune is pursuing a career in coaching, with hopes to manage Bafana Bafana to their first world cup win. 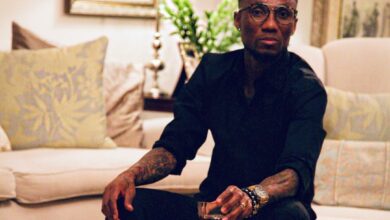 Teko Modise Says That Black Is His Happy Colour! 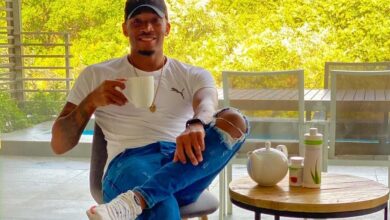 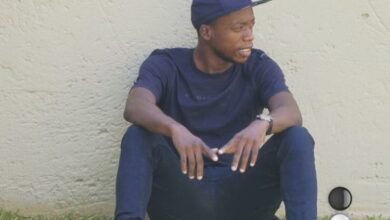 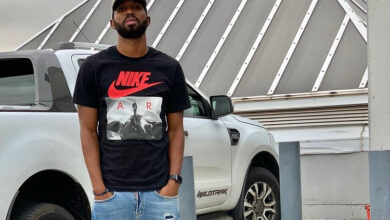