Last was a night to remember when the Portuguese side snatched the Euro 16 championship last minute from the french side. Cristiano is one of the soccer stars who led Portugal to victory but he was injured before the second but that didn’t leave Portugal’s side to snatch the victory from the french side. Cristiano hugs Sir Alex Ferguson after lifting the Euro 16 Cup. 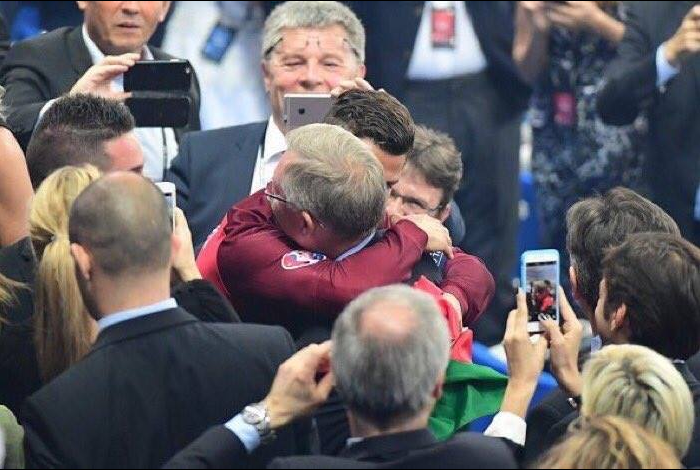