We must say that the Bloemfontein Celtic player, Helder Pelembe is enjoying his loan as he scored his first goal ever since he joined Celtic in the MTN 8  semi-final first leg against Kaizer Chiefs yesterday. Pelembe joined Celtic on a loan from Pirates. He has been on the bench for two season without securing game time at Orlando Pirates. 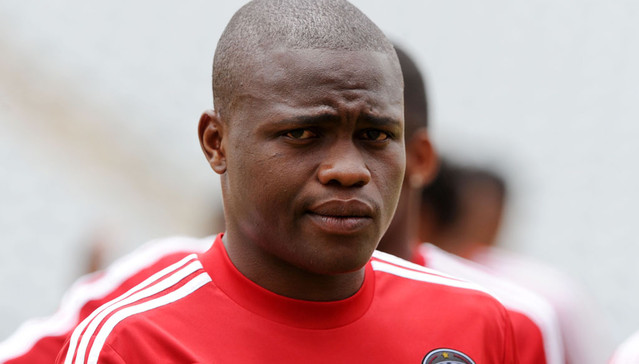 Pirates id looking to resurrect his career under the Celtic coach Clinton Larsen. When Pelembe was asked about his amazing shot that passed right in front of Khune, he said “I have always been working on my shooting and we even practised it leading up to the game, so I wasn’t surprised I scored. I tried a couple of times but things didn’t work out until I got it right. That was a great goal!”

“I’m settling in very well at the club and it is really good to be here. The mates are good, we have a good bunch of players and a good to me. I like Bloemfontein and the supporters, I’m really enjoying myself and it is good to be here” he added.

Pelembe is hoping that Celtic could buy him and he could be a permanent member of the club.

Pirates Is Back In The Game And Fans Love It!