Both sides are eagerly awaiting CAF Champions League triumphs. Al Ahly have been deprived of the trophy since beating Orlando Pirates in 2013.

A win would extend their record to 9 CAF Champions League trophies. Nigerian winger Ajayi has been part of two defeats in the final. 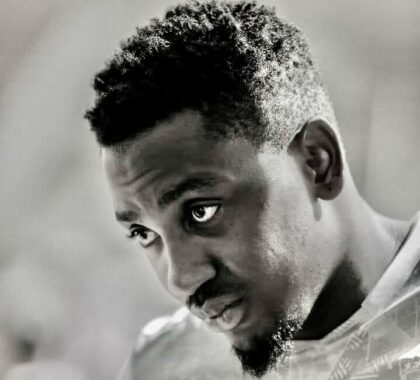 He is hoping to finally get his hands on the trophy.

“It was a bad time for us because coming up just short in consecutive editions isn’t good,” he told Fifa.com.

“We’d played very well throughout both of those campaigns but didn’t perform in either final, which cost us the title.”

“Having an injury that kept me out of the game for nearly six months was one of the most frustrating moments of my career.” Ajayi said after rupturing his anterior cruciate ligament.

“We’re very happy we won the league, which gives us confidence ahead of the coming games,” he said.

“We’re only focused on the continental title and will do our best to claim it.”

In addition to reaching the Champions League final, Al Ahly have also qualified for the semi finals of the Egyptian Cup.

Pitso Mosimane can win another treble in ONE SEASON. He completed a treble of trophies with Mamelodi Sundowns before departing. 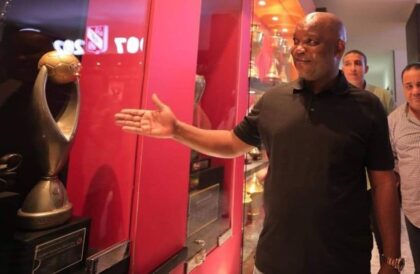 He has already claimed a trophy in Egypt already in the form of the league. He can now add the CAF Champions League and Egyptian Cup to his already impressive trophy haul.