Kaizer Chiefs beat Orlando Pirates 3-2 in a thrilling Soweto derby at FNB Stadium on Saturday afternoon as the two giants of South African football faced off for the second time in a week in the 168th derby across all competitions.

It took less than 45 seconds for Chiefs to go 1-0 up with Pirates captain Ntsikelelo Nyauza heading into his own net, after confusion and miscommunication with goalkeeper Wayne Sandilands but the action did not let up from there.

The Glamour Boys went 2-0 up when Leonardo Castro scored in the 28th minute.

The Buccaneers would, however, half the two-goal cushion going into the break with Vincent Pule pulling one back from a tight angle.

Pirates were level 2-2 on the hour mark when Gabadinho Mhango picked up the ball on the left of the Chiefs 18-yard area, before curling the ball to the far post around Akpeyi and into the back of the net.

Daniel Cardoso held his nerve to score a late penalty in the 84th minutefor Chiefs after Bernard Parker was hacked down in the box by Paseka Mako.

Chiefs finished the game with 10 men in stoppage time when Eric Mathoho was given a red card for his role in a bust-up with a few players.

The deafening noise that greeted the final whistle, the singing, dancing and celebration of the Chiefs’ fans, was not just to a victory to their team, but in tribute to a magnificent derby which made a mockery to the dull Soweto derbies of old that often invited ridicule from former legends of the tie.

Chiefs should now surely feel they are on their way to ending their trophy drought as they opened up a 10 point lead over second placed Mamelodi Sundowns who face Steve Komphela’s Golden Arrows at the Sugar Ray Xulu Stadium.

Chiefs are exhibiting gritty, nerve and character of champions as for the third week running they have been tasted by classy opponents before sold out crowds but have come out tops.

Title rivals such as Pitso Mosimane can now surely ignore them at their own peril as the Chiefs juggernaut is seemingly unstoppable.

The gold and black half of Soweto is surely enjoying its place in the sun to the heartache of the Ghost who for the second week running had to walk with tails between their legs and with yesterday’s defeat fell further off the rails as they now trail table topping Amakhosi by 15 points.

SuperSport Blacks Out CAF Games Ahead of 2021 Afcon Qualifiers 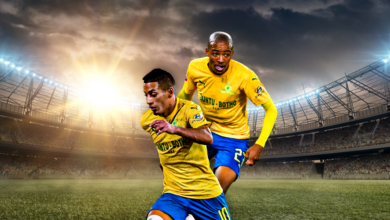 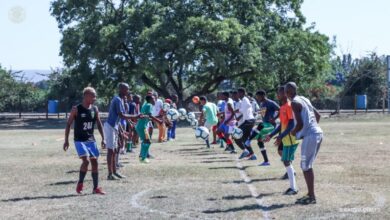 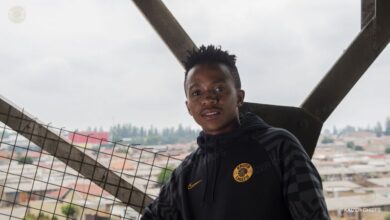 Ngcobo looks to the future