Khune, the Bafana Bafana shot stopper has found himself in the “18-area” spot of bother with a social media storm after a video showing the goalkeeper with an 18 year-old girl who is not his girlfriend. Allegedly the 18-year old bae is DJ Tira’s son girlfriend, Junior Khathi.

It surely gets all confusing when celebrities get in the mix and fight over a girl with claims from another angle confirming that Khune and Khati stay on the same compound hence this is all part of a publicity stunt.

The short viral clip that has sent tongues wagging only shows the face of the girl, said to be 18-year-old Tshegofatso Mbalenhle, and half of Khune’s face. Apart from the familiar face, the social media streets concluded that the man in the video was because of a frame of Khune’s jersey no 16, which hangs on the wall in the background.

Khune’s shenanigans have earned him rants from his fans with many in awe, comparing him to a “philandering bum” and one fan was straight to the point with a rhetoric question, “So you just used and dumped the child:.

This was after Khune had posted a photography on Twitter (see pic below) with caption “Love of my life” in reference to his “actual” girlfriend which whom he is pictured alongside in the image.

The post of Khune with the post 2000s or millennia as Mbalenhle was labelled from the various outbursts of emotion and mixed feelings on social media drew comparisons and reference to socialite Zodwa wa Bantu who openly declares her love for dating younger men.

The general view and consensus from most of the “fans” on Twitter was that the girl is too young for the 32 year-old Khune. 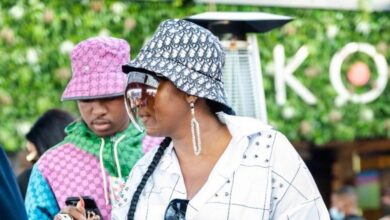 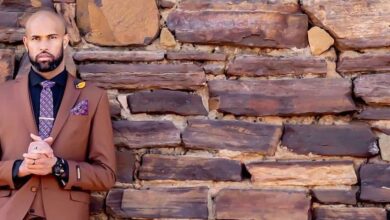 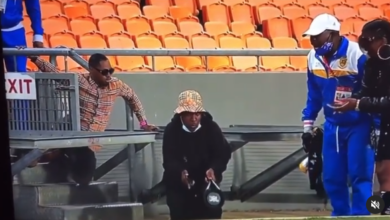