Ronwen Williams Wants SuperSport United to Make the Most of Their Extended Break! They defeated Maritzburg United 2-1 in their last match last week Friday.

Due to Bloemfontein Celtic’s CAF Confederation excursions and their participation in the MTN 8 Cup final next weekend, this affords SuperSport United some time off.

“We have a bit of a break; this is ample time for us to work hard and study our opponents and I’m sure the technical team will come up with a good approach for us to win the next matches.” He told the club website.

“This week we went to Why Cook as part of our deserved team building exercise, all went well, we enjoyed ourselves and the spirit in the team is definitely high after our outing.

“There are a few players in the team who are good in the kitchen – Thami Gabuza, Jesse Donn, Mr Jones Lungu, Bradley Grobler and Boalefa Pule.

They want to build on their victory against Maritzburg United.

“Our last league match against Maritzburg United was a hard-fought win for us, we deserved all the three points.

“It was a good performance capped off with a much-needed maximum points on the day.

“It was a wonderful response after our defeat against Pirates, it showed character within the team and we are hoping to keep the same spirit going forward.” He said.

The SuperSport United captain is also happy to see the return of the MultiChoice Diski Challenge.

“The return of the Diski Challenge is good news to the clubs as this helps the smooth running of the Premier Soccer League.  It’s a wonderful initiative and it gives the younger players time to play and see how it feels to be a professional. 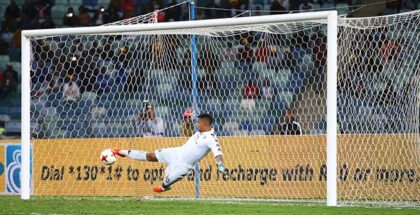 “Good news on this project is that the matches are televised, and players are able to see where they must improve their game.” Williams concluded. ‘

Ronwen Williams Wants SuperSport United to Make the Most of Their Extended Break!

Jurgen Klopp Says Alexander-Arnold and Keita Could Return Against Wolves!