Midfielders play a very vital role in supplying the ball and creating goal scoring opportunities. They are key players to Strikers. they are positioned between defenses and forwards. Here is a list of the greatest Midfielders of all times.

Xavier is  a Spanish professional footballer who captained FC Barcelona in La liga and plays for the Spain national team, as a central midfielder. He came through the Barcelona Academy at the age of 11. He made his first-team debut against RCD Mallorca on 18 August 1998. Since then he has played 700 matches, scored 82 goals and made more than 180 assists for over 50 players. Xavi is the first player in FC Barcelona’s history to play 150 international matches. He is considered to be one of the greatest midfielders of all time and the best playmaker of his generation.

Zinedine is a former French footballer who played as an attacking midfielder for French national team, Juventus and Real Madrid. He now coaches Real Madrid Castilla.Renowned for his elegance, vision and technique, Zidane was named the best European footballer of the past 50 years by UEFA and has been described as one of the greatest players in the history of the game

Zico is a former footballer and currently a coach. He was nicknamed the “white Pele”. he is commonly considered one of the most skilled finishers and one of the best passers ever, and possibly the world’s best player of the late 70s and early 80s. He used to be  a free kick specialist during his game time. According the Legend Pele he is the coolest player.

is an English former  player, regarded as one of the greatest midfielders of all time, and an essential member of the England team who won the World Cup and also won the Ballon dOr in 1966. He played almost all of his club football at Manchester United, where he became renowned for his attacking instincts and passing abilities from midfield and his ferocious long-range shot. He was also well known for his fitness and stamina.

Johan is a former Dutch footballer and was until recently the manager of the Catalonia football team. He won the Ballon d’Or three times, in 1971, 1973 and 1974. He led the Netherlands national team to the final of the 1974 FIFA World Cup and received the as player of the tournament.

Micheal is a retired Danish footballer During his playing career, he won league titles with Ajax, Real Madrid and Juventus. Whilst playing for Spanish club Barcelona, he won nine trophies, including four straight La Liga titles.

Diego is a retired Argentine footballer. He has served as a manager and coach at other clubs as well as for the national team of Argentina. Many experts, football critics, former players, current players and football fans regard Maradona as the best football player of all time. He was joint FIFA Player of the 20th century with Pele.

Michel is a formerFrench footballer player and manager, and the president of UEFA since 2007. Regarded as one of the greatest footballers of all time, he came sixth in the FIFA Player of the century vote, and was chosen as a member of the FIFA World Cup dream team. He won the Ballon d’Or three times, in 1983, 1984 and 1985. In 2004, he was named in the FIFA 100 list of the world’s greatest living players.

Ryan is a Welsh football coach and former player who is currently the assistant manager at Manchester United. Giggs made his first appearance for the club during the 1990/1991 season and was a regular player from the 1991/1992. He established himself as a left winger during the 1990s, and continued in this position well into the 2000s. Giggs is the most decorated player in English football history.

How Teko Modise's Father Tried To Take Him To Khumbul'ekhaya 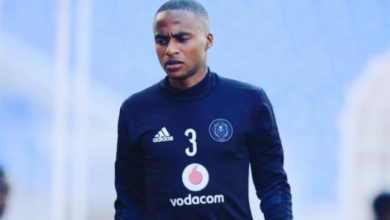