The list of clubs David Beckham represented in his incredible career reads like a who’s who of football royalty: Manchester United, Real Madrid, AC Milan, Paris Saint-Germain, plus the England national team.During that time, Becks played alongside some of the greatest players to ever grace a football pitch, but which team-mates did he line up with most often?

We’ve put together our former winger’s ultimate XI based on that very criteria – the colleagues he frequently appeared with – but some discretion has been used to factor in positions and formations.

Peter Schmeichel and Beckham lined up alongside each other on 183 occasions, the last, of course, coming in the 1999 Champions League final. United were rarely defeated when these two were on the pitch together – in fact, Becks and Big Pete didn’t lose any of their last 29 games when they were on the same team.DEFENCE
G. Neville (378), Johnsen (136), Silvestre (151), P.Neville (275)

Nobody played more games with Beckham than Gary Neville. Fifty-nine of their 378 games together were on international duty and the last of these was England’s penalty shoot-out defeat to Portugal in the 2006 World Cup quarter-finals.

In contrast, centre-backs Ronny Johnsen and Mikael Silvestre have the lowest appearance tallies in our XI. The latter played in Beckham’s final game for United in 2003, while Ronny’s Reds debut actually came in the match when David famously scored from inside his own half against Wimbledon.

Gary’s versatile brother Phil Neville finishes off this illustrious defence as a left-back.

To incorporate the four midfielders with the highest appearances, we’ve selected a diamond in the centre of the park. Shielding the defence is the formidable Roy Keane. In this team, the Irishman has the highest tally of appearances for a player who didn’t come through the United Academy.

The other three midfielders in this awesome quartet are all ‘Class of ’92’ graduates. Like the Neville brothers, Butt and Scholes’s numbers are boosted by sharing an international dressing room with our former no.7.

Meanwhile, Giggs famously played on the opposite flank from Beckham during the early years of the Premier League. The pairs’ differing styles blended perfectly in Sir Alex Ferguson’s side, with Becks providing the accurate crosses from wide areas on the right, while the Welshman tended to tear defences apart with his incredible speed and dribbling on the left.

Andy Cole and Ole Gunnar Solskjaer certainly benefitted from some Beckham assists over the years. Cole, like almost every player in this team, played alongside the former England skipper last year during the Treble Reunion game against Bayern Munich.

As for Ole, Becks is a big fan of the Norwegian’s management style and believes he may have picked up a few tips from the ultimate boss.

As mentioned before, this team is based mainly around which team-mates David played with most in his career. However, some dispensation has been given in order to create a familiar looking formation.

For example, Becks played alongside Denis Irwin 231 times – more often than three of the players in this team – but with the Neville brothers already occupying the full-back positions there’s no room for the former Republic of Ireland defender in the XI. Two other Treble-winners, Teddy Sheringham (142) and Dwight Yorke (124), also missed out.

Despite spending the last decade of his career away from Old Trafford, none of Becks’s team-mates from other clubs made our starting line-up. However, four ex-Real Madrid stars can be found on the bench, in the form of Iker Casillas (147), Roberto Carlos (135), Raul (130) and Guti (117).

It is not permanent – Nurković 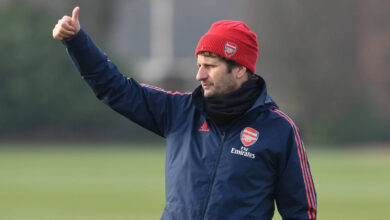