Kaizer Chiefs goalkeeper Brandon Peterson is a married man and settled with his little family. Back on the 30th of June, he and his wife were celebrating their anniversary. Yesterday, he was celebrating his son’s second-year birthday and posted his little one on social media wishing him a wonderful Birthday.

WHAT ABOUT PETERSON’S CURRENT FOOTBALL LIFE?

Last season, the former Ajax Cape Town and Bidvest Wits shot-stopper played 11 games across all competitions at Chiefs. Injuries were part of his game and he perhaps didn’t have the season he would have dreamt of. Now, he’ll be competing with the likes of Bruce Bvuma and veteran Itumeleng Khune.

Daniel Akpeyi has sent an encouraging message to his former teammate Khune ahead of next season. Akpeyi was one of the players that were ditched by Amakhosi with the club deciding against extending his contract after it expired in June.

Khune has been one of the main subjects in Chiefs’ news lately with many believing that his time is over. Last season, he only featured once across all competitions despite being available for selection in the majority number of games the club played. Bvuma and Peterson seem to have taken over between Amakhosi’s sticks but number 32 can’t count himself out as he’s still persistent in fighting for his place.

“The advantage that goalkeepers have more than the infield players is that they can play to their 40s. They can play up to 42, 43 and so on, as long as you can take care of your body and looking after yourself,” said Akpeyi as per Soccer Laduma.

“For example, (Gianluigi) Buffon is 44 now and he still plays in a top club. He has recently renewed his contract (in February) by two more years. The former Egyptian national team goalkeeper (Essam El Hadary), who is the national team goalkeeper coach now, retired at 45. (Iker) Casillas and a lot of others have gone on and on and it’s just how you take care of yourself. For me, it is all about your belief and your work ethic.

“I think he (Khune) sees himself like that, that he can still give to the game and looking at the things that he’s trying to put in place and the things he’s trying to do, it shows that he believes he still has a lot to offer. I just pray that injury doesn’t cut him off. If the team decides to make him a coach and all of that at some stage, I don’t think that will be bad either because he has got all the qualities,” the Nigerian international added. 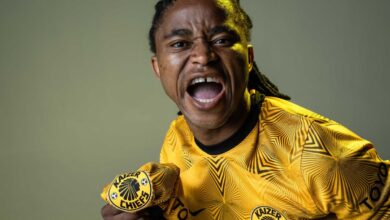